Hokkaido is an island located at the north of Japan, where the locals shy away from during winter and opt to visit during summer, being the coldest place in the country in both seasons. It is the least developed of all four of Japan’s main islands, making it the best place for a getaway from the hustle and bustle of city life in Tokyo. Nature is the key term associated with Hokkaido, and one cannot help but just relax and drink in the sight of the colours there.

‘Green’ is the word to describe Hokkaido during summer. Not ‘red’ for the maple leaves nor ‘lavender’ for the main attraction of the island during the warmer season. It was evident even from the air as the acres of lush green fields can be seen arranged so neatly and orderly that it seems surreal. The sight of it is simply a pleasant treat for the eyes, especially in this age where they are constantly fixed on electronic screens. 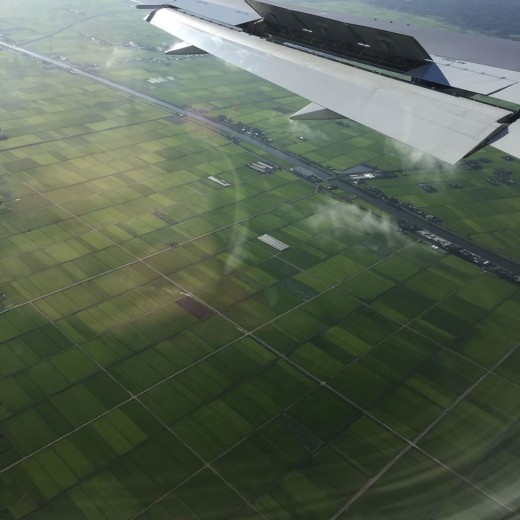 Maple leaves, known for appearing in fall, remain in all their proud burning red glory, and can only be found in the northern parts of Japan such as Hokkaido, where it is still cold even in the summer. Red is also for the colour of the ripe bunches of cherries grown in orchards, a vibrant contrast to the sea of green elsewhere.

The star of the season as these flowers are in all their blooming glory. The place to be would be Farm Tomita in Furano, where the flower fields are painted with all the seven colours of the rainbow when summer reaches its peak, making the scene picturesque and breath-taking. One cannot be blamed for thinking that it is all in their imagination when they hike to the top of the hill and add Hokkaido’s skyline to the vibrant colours at their feet.

Lavender is also for the lavender soft cream (fun fact: it isn’t called ice-cream here) that can be found in no other parts of the world but Hokkaido. As expected, the taste is unique and the vendors certainly do not spare on the ingredients! 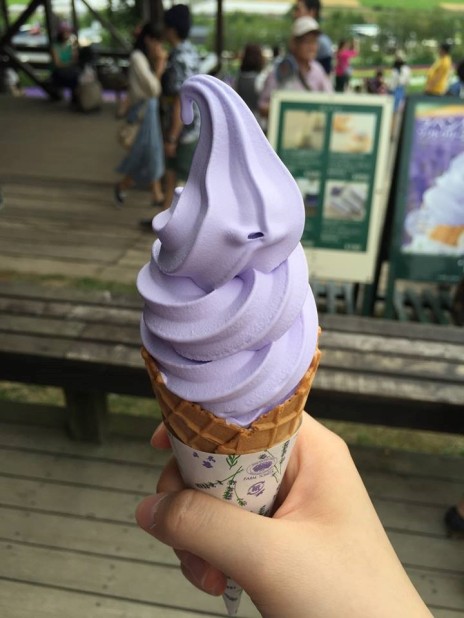 Other than boasting the rich colours that Mother Nature graces Hokkaido with, this part of Japan showcases its fresh seafood and must-have souvenirs as well. Crabs of various types and the ever so elusive sea urchin are served upon request and fresh from the ocean. Souvenirs such as musical boxes and soy sauce jars are some of the special trinkets which can be found here.

Hokkaido is definitely the place to go for nature lovers during the summer. It is also the best place to unwind and take up a more laidback approach as opposed to being on your toes when working in the city. The simplistic lifestyle displayed by the villagers makes one wonder how much one has missed out on life as we rush to end our day for that much sought after free time, when the free time that we speak of is easily attainable if we only make time for it. We work and work and work just for the sake of securing our future but little do we realise that as much as it will benefit us in the days to come, we are actually wasting our days away by not fully living and taking in the world.