Behind every plain jane and average joe on campus is a story waiting to be told.

“I used to live in Vancouver before I came here. My mom sent me there for high school and that was the happiest time of my life. I “like it that I have freedom there because in Korea I was always under pressure.”

What’s the most surprising thing about Malaysia for you?”

“People here don’t really eat pork. Because in Korea pork is really popular and it’s cheap meat so we always have pork. That’s kind of surprising.” 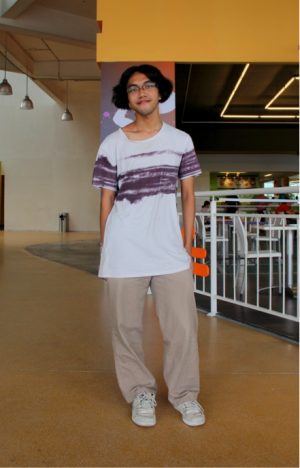 “One thing I enjoy doing, that I don’t show people is I really dance a lot.  I dance around Level 7 or somewhere like that.”

“Yeah, by myself. When other people aren’t around.”

“What kind of music do you dance to?”

“I listen to a lot of Japanese songs so I usually dance to them.”

“Tell me a crazy story.”

“Have you ever stolen anything before?”

“Yeah I’ve stolen something before. When I was a 5, I went to 7-Eleven, do you remember that good kind of bubblegum? I think it’s called Bubble Yum. I stole that, in watermelon flavour. I looked around to check if there was any surveillance, placed it inside my pocket and just walked off with my mom and dad. Of course I don’t do it anymore though. Now I can pay for it.”

“I took part in bungee jumping at the KL tower once. That was crazy because I was afraid of heights. And my late brother, he was the one who literally forced me and said ‘Just give it a try’. So I decided to do it with him. We had to take turns so he let me go first, knowing he’s behind me, I told myself  ‘It’s alright, he’s there to support me’. It was crazy, from the top everyone looked so small!”

“So are you still afraid of heights?”

“You got him to thank for overcoming your fear.”

“Yeah and I would bungee jump again too.” 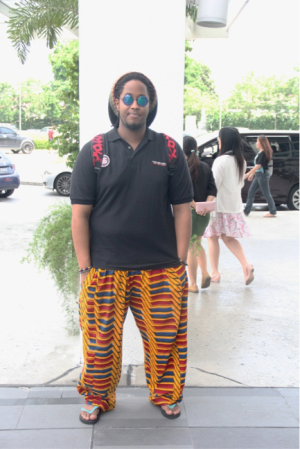 “I broke both my arms and now I am double jointed.”

“You still have that superman suit?”

“Yeah it’s still at home but whenever I look at it, it just reminds me how I stupid I was.” 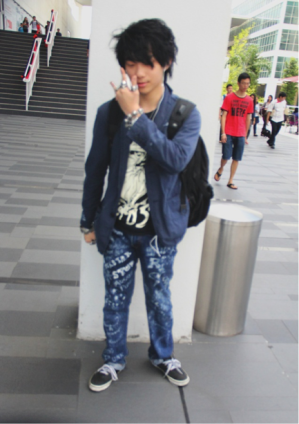 ”Who are you listening to?”

“What’s the most mischievous thing you’ve ever done?“

“Alright, I’ll make this real. I’m actually punk right? Well, I used to like to pick on people, like beat people up. You know, we smoke most of the time. But all of those things are going away. I’m a new man now. Currently I’m working as an artist.”

“Anything you regret now from the past?”

“Yeah. Smoking. So now I have asthma. And you know, I’d like to apologize to people that I used to pick on.”